Hemp has a long and winding history in the U.S. that has morphed from laws requiring people to grow the plant to banning it altogether to being legal again as of late last year.

Your Brief History of Hemp in the United States

Every new settler in Jamestown, Virginia, the first permanent settlement in what would become the United States, was required to grow Indian hemp in a law passed in 1619.  Indeed, a farmer could go to jail for refusing to grow hemp. Mandatory hemp cultivation laws were also passed Massachusetts in 1631 and in Connecticut in 1632.  Hemp was used extensively throughout the 18th an 19th centuries. George Washington grew hemp at Mount Vernon as one of his three primary crops. 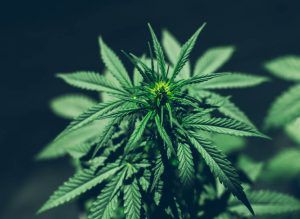 But by the mid-1930s, the tides had changed. Congress passed the Marihuana Tax Act in 1937 essentially making it illegal to own, cultivate or sell hemp and its sister plant marijuana.  There was a small reprieve during World War II when the government gave farmers waivers to plant hemp as part of the war effort.  But the last commercial hemp fields were planted in Wisconsin in 1957.

All that changed again on December 20, 2018, when President Trump signed the 2018 Farm Bill essentially decriminalizing the cultivation of hemp nationwide.  Senate leader Mitch McConnell (R-Ky.) led the charge to legalize hemp as a farm crop and made sure the provision was part of the overall bill.

“At a time when farm income is down and growers are struggling, industrial hemp is a bright spot of agriculture’s future,” McConnell told Roll Call last year.  The bill allows hemp farmers to not only grow the plant legally, but it also enables them to apply for crop insurance and banks can now lend money to farmers wanting to grow the plant.

So why is hemp so attractive to farmers? Well, there are several reasons. Among them:

To be sure, it will take some time for hemp to become a major cash crop in the U.S. After all, it’s a product that is essentially starting from scratch. Seeds can be hard to come by, especially seeds suitable for the cultivation of plants designed for CBD production.

Moreover, there is a shortage of harvesting equipment and decortication facilities, which are necessary to tear the crop apart into its raw components, National Hemp Association chairman Geoff Whaling told St. Louis Public Radio earlier this year. This can be a significant investment for farmers but many are determined to get into the business of growing hemp. Some farmers are working closely with CBD product manufacturers to extract the CBD from hemp plants on-site by installing CBD extraction machines.

This, of course, is where NuLeaf Naturals comes in. NuLeaf’s products are derived from specially bred cannabis sativa hemp plants that are grown on licensed farms in Colorado. The company is involved with the entire process from seed to the end product, ensuring consumers are getting the highest quality CBD products on the market.

In short, hemp is good for farmers, the environment, industry, construction, and consumer health. Try CBD oil today and see what it’s all about.