Anyone who has a friend or relative with epilepsy may have heard about Epidiolex. In 2018, the U.S. Food and Drug Administration (FDA) approved Epidiolex (cannabidiol) to treat seizures associated with two specific forms of epilepsy: Lennox-Gastaut syndrome and Dravet syndrome. While it may sound like a typical medicine release, what made this special is that its main active ingredient is cannabidiol – the same type found in CBD oil.

With this information, you may have plenty of questions about Epidiolex and cannabidiol. Does this mean CBD oil is approved to treat certain diseases? Or will you need a prescription for your CBD oil tinctures or capsules in the future? This guide will help you understand Epidiolex and how this prescription medication approved by the FDA may affect you.

Epidiolex is manufactured by Greenwich Biosciences, a subsidiary of British biopharmaceutical company GW Pharmaceuticals. Interestingly, this is not the first cannabis plant derivative prescription medication made by the company. Their first was Sativex, a mouth spray intended to treat the effects of multiple sclerosis. 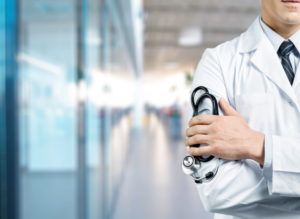 The Carlsbad, Calif. company behind Epidiolex brands themselves as “the U.S. leader in the field of cannabinoid prescription medicines.” The claim may be well earned, as Epidiolex was the first CBD-based medication approved by the FDA for the treatment of two rare yet severe forms of epilepsy.

According to the FDA, Dravet syndrome is a form of epilepsy that may appear during a child’s first year. Seizures associated with Dravet can include fever-related seizures or seizures with involuntary muscle spasms. The potential for the life-threatening status epilepticus also exists in a state of continuous seizure activity that requires emergency medical care.

While Dravet syndrome appears in the first year of a child’s life, Lennox-Gastaut syndrome first shows between ages three and five. The most common form of seizure is tonic seizures, where muscles contract uncontrollably. Associated with Lennox-Gastaut are delayed motor skills, difficulties learning, and intellectual disabilities.

Prior to approval, the company performed three randomized, double-blind placebo-controlled studies to determine if Epidiolex was effective in reducing seizures. Across a total of 516 patients tested, the drug was found to reduce overall seizure frequency when taken in concert with other medications.

Despite the clinical trials and peer-reviewed research on cannabidiol, the question about CBD oil as a controlled substance remains a gray area.

That being said: the federal standard for industrial hemp is 0.3% THC, including cannabinoids. Any hemp oil products under this limit are not necessarily considered a controlled substance, making them technically legal at a federal level. NuLeaf Naturals full spectrum CBD oil contains less than 0.3% THC, allowing you to potentially benefit from the complete range of cannabinoids without worrying about the “high” effect that comes with some cannabis use.

Is CBD Oil Approved to Treat Other Diseases?

Currently, Epidiolex is the only CBD-based treatment that is recognized by the FDA to treat any disease. Any other statements about CBD oil to cure treatments have not been evaluated by the FDA. And other than Epidiolex (which is used as part of a prescribed medication regimen), CBD oil by itself is not intended for use in the diagnosis, treatment, curing, or prevention of any disease.

Will I Need to Talk to My Doctor Before Trying CBD Oil?

It’s always good to discuss any changes with your doctor. If you begin using CBD oil, be sure to include your doctor in the discussion, as they can guide you on dealing with changes, potential side effects, or effects on your medications.

But with the scientific discoveries, there’s no better time to consider a CBD regimen. With advances like Epidiolex on the market, potential benefits for your lifestyle could be one tincture away.