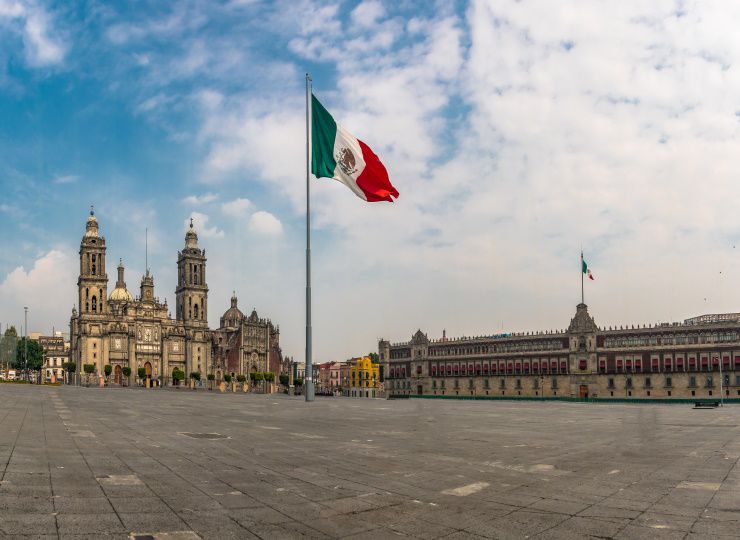 All across the globe, cannabis law reform is ongoing – and it appears the trend is headed toward legalization. Since Colorado and Washington became the first states in the US to legalize recreational cannabis in 2012, Alaska, Oregon, Vermont, California, Nevada, Maine, Illinois, Michigan, Massachusetts, and the District of Columbia have all followed suit, with even more states allowing medical marijuana or decriminalizing cannabis in lieu of full legalization.

So, Is CBD Oil Legal in Mexico?

The U.S. isn’t the only country experiencing widespread cannabis reform. As of October 2018, cannabis has been fully legalized in Canada, making it the 2nd country to do so after Uruguay in 2013. States in the US continue to legalize each year with federal legalization looming on the horizon. But what about our neighbors to the south? Is cannabis, or CBD oil for that matter, legal in Mexico?

In 2009, in an effort to decrease cartel activity, Mexico decriminalized marijuana, allowing possession of up to five grams with no ramifications. Ten years later, Mexico is yet to legalize marijuana officially, however, in October 2018, the Supreme Court ruled that blanket prohibition of marijuana was unconstitutional and impeded on citizens’ rights to “personal development.” This was the fifth time the court had come to such a verdict – an important detail in this case, because in Mexico, once a similar verdict has been reached five times in the Supreme Court, it becomes the set standard.

As a result of this new standard, it is now up to Mexico’s federal courts to ultimately decide the legality of recreational use, possession, and growing of cannabis. The October ruling established a one-year deadline for a vote on legalization. But an onslaught of lobbying from cannabis companies has impeded the process, and that deadline has been extended to April 30, 2020, as the many complexities of a new legal market across an entire country – requiring input from both lawmakers and the public – continue to be addressed.

In 2017, Mexico legalized medicinal use of cannabis containing less than 1% THC, opening the doors for CBD distribution and consumption nationwide. After the 2018 Supreme Court ruling, no less than 38 over-the-counter cannabis products were approved by the Mexican Federal Commission for the Protection Against Sanitary Risks (the equivalent of the Food and Drug Administration in the US). These CBD products, which include food supplements, cosmetics, edibles, and raw materials, are now available for retail purchase in Mexico.

Mexico is poised to legalize marijuana at any moment. When it does, 125 million adults will have access, making it the largest market for cannabis in the entire world as far as individual countries go. The magnitude of regulating such a market carries with it enormous complexities, meaning it will likely be years before a fully regulated market is established. In the meantime, dozens of legal full spectrum CBD oil and CBD capsules are available across the country, and the recent Supreme Court ruling should act as sufficient peace of mind for cannabis enthusiasts of all persuasions.