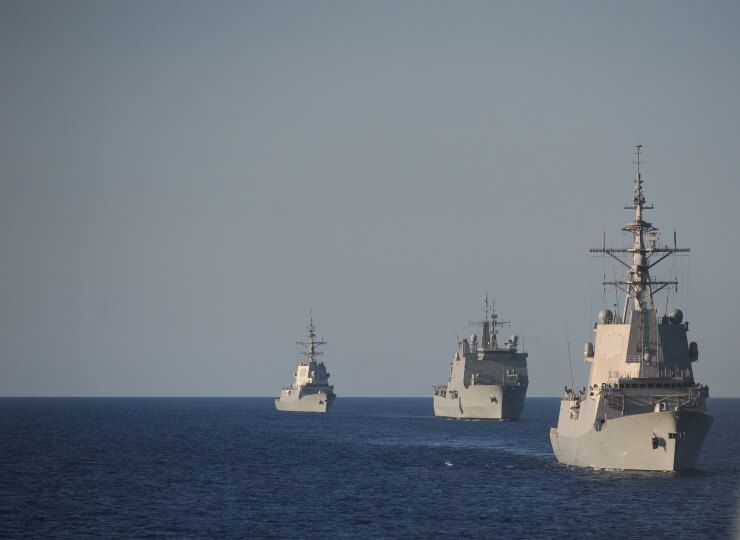 The U.S. Navy recently issued a new statement which now allows the use of topical CBD products. CBD is short for Cannabidiol, a compound of the cannabis plant. Just before Christmas 2018, President Trump signed the U.S. Farm Bill, which included specific language clarifying a distinction between “industrial hemp” and marijuana.

According to the bill, industrial hemp includes cannabis that contains only trace amounts (less than 0.3 percent) of THC (tetrahydrocannabinol), the high-producing element found in increased amounts in marijuana. Once this Farm Bill passed, it federally legalized industrial hemp, though marijuana remains a Schedule I regulated drug. As a result, the U.S. has seen a rapid upsurge in CBD oil and CBD-infused products.

Why the Regulation Exists

Sea services have long-standing regulations regarding the prohibition of drug use by service personnel. Article 112a of the Uniform Code of Military Justice is explicit in its mention of marijuana. The intent is twofold: to prevent military personnel from breaking the law by knowingly or unknowingly using a substance that is illegal (such as marijuana); and to ensure they are ready, lucid, and prepared when called to duty.

Military branches are looking to the FDA to provide guidance regarding specific dosing and safety assurances, but the FDA has been slow to act. While scientific studies and clinical trials are underway, CBD currently carries the same FDA disclaimer as vitamins and supplements: “This statement has not been evaluated by the FDA.”

In the meantime, CBD oils and CBD-infused products are flooding the market, and without clear FDA guidelines for testing, packaging, and marketing claims, it can be overwhelming for consumers. In an effort to protect servicewomen and men, individual branches of the military are working on releasing their own statements regarding hemp products and CBD.

Topicals Are Allowed for Navy Personnel

The Secretary of the Navy recently released a statement that prohibits enlistees from ingesting, injecting, smoking, vaping, or inhaling hemp products; but yet the same statement specifically allows topical application such as lotions, shampoos, salves, topical oils, creams, soaps, etc., as long as they follow the federal guidelines for industrial hemp (containing less than 0.3 percent THC). The Navy has no evidence that topical use of CBD containing less than 0.3 percent CBD would trip a drug test. The Navy statement also allows for the use of FDA-approved drugs containing CBD, such as Epidiolex, as long as the individual possesses a current, valid prescription.

CBD Use for Military Personnel

The Air Force released a directive regarding hemp products in April of this year, and this also allowed for the use of Epidiolex with a valid, current prescription. Other branches of the military are expected to follow suit as they reach internal agreement on branch policy.

CBD proponents are hopeful that the FDA will expedite its efforts to regulate the market so that we can more readily understand the compound, and so that more soldiers can benefit. Allowing the use of topical CBD may create a gray area for legal enforcement of the Navy’s zero-tolerance policy, but only time will tell.

NuLeaf Naturals, a Denver-based CBD manufacturer, conducts rigorous third-party testing to ensure its CBD products are well below the 0.3 percent THC threshold. Current lab-verified results may be viewed here.  NuLeaf Naturals offers substantial discounts for active and retired military personnel. Call 720-372-4842 to speak with one of our expert team members to access your discount and to learn more about the topical application of CBD.