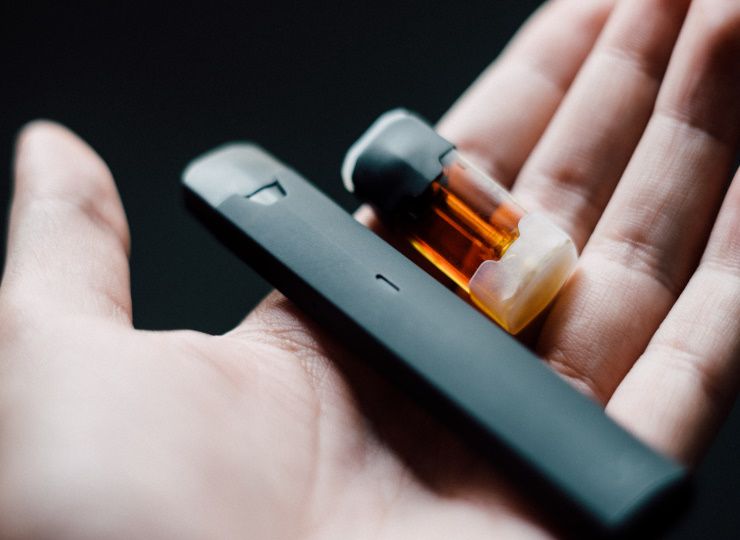 According to Merriam-Webster Dictionary, vaping is when someone inhales vapor through their mouth using a battery-operated electronic device that heats up and vaporizes a liquid or solid. Since they were invented in their current form in 2003, millions of people have used vape pens, tank systems, or e-cigarettes as an alternative to traditional smoking – either to quit cigarettes or just for recreation.

Similarly, innovations within the cannabis industry brought vaping cannabidiol, or CBD, into the mainstream, as well. CBD comes in many forms, such as tinctures, capsules or softgels, edibles, sprays, and topical creams. According to a Consumer Reports survey in 2019, 30 percent of CBD users choose to vape over other forms of ingestion.

Vaping CBD: How It Works 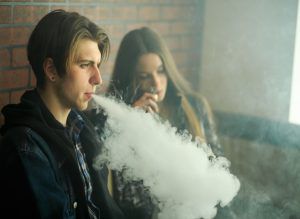 Vaping CBD involves using CBD vape oil (sometimes called vape juice) and a vaping device, like a vape pen. The CBD vape oil is typically sold in a cartridge and has traditional CBD oil as the main ingredient, along with other ingredients to make it vaporize safely.

IMPORTANT NOTE: Regular CBD oil or hemp oli cannot be used in vaporizers. Traditional CBD extract is too thick to be used in vape pens and could be harmful to the user.

The Benefits of Vaping CBD

While there are some health concerns around the subject of vaping, the benefits can be rewarding to those whose lifestyles are agreeable with that form of ingesting CBD.

While eating CBD edibles can take up to 30 minutes for the effects to be felt, vaping works much more quickly due to its high bioavailability. This basically means that inhalation gives you more CBD almost immediately compared to its other forms because it’s absorbed through the bloodstream as opposed to the digestive tract.

Vaping can lead to a 60 to 90 percent cannabinoid retention rate in the endocannabinoid system (ECS).

Using vape pens or tank systems conveniently allows the user to take their CBD almost anywhere vape products are allowed. The small form factor of these items makes them extremely portable since they can easily be hidden in pockets or purses. Vaporizing CBD gives off very little odor, so it allows users to not offend in public spaces. Due to the current popularity of vaping, bystanders are not likely to ask the user what substance is in their device.

While vaping in all forms has been lauded in studies to help habitual cigarette users kick the habit, doing it with CBD has the added health benefits of cannabis (without the psychoactive properties they would get with THC). In addition, a lot of former smokers turn to loose-leaf herbal alternatives instead. Burning these loose-leaf plant matter cigarettes can still be extremely harmful to the lungs.

What Does NuLeaf Natural Recommend When It Comes to Vaping CBD?

NuLeaf Naturals believes the best way to take CBD oils is sublingually. If you’re looking to get the maximum impact of CBD oil and maintain a healthy lifestyle, looking to alternatives to vaping is the way to go. While vaping was originally lauded as being healthier than smoking cigarettes, more case studies and research suggest it could actually be worse for the body. Consider your overall health when choosing to vape any substance, not just CBD oil.

If you’re interested in the benefits of full spectrum CBD oil, NuLeaf Naturals is here to help. Click here to visit our online store and invest in changing your life for the better.